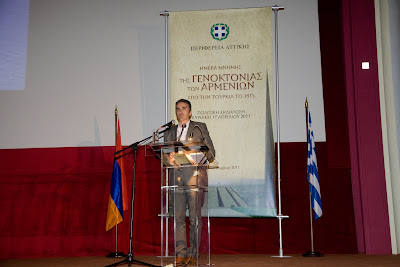 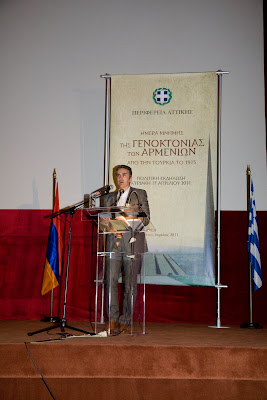 The Armenian and Greek Genocide,

Part of his speech Prof. Τheofanis Malkidis at the event on Armenian Genocide in Athens. April 2011


The decisions of parliaments, international organizations and government institutions around the world, the Armenian and also Genocide, is a historic moment not only for the Armenian people, but for every man and Democrat who supports the history, law and truth. ». The initiatives to highlight the genocide despite the pressures, not diplomatic and very raw in many aspects, many people have managed to pass resolutions on the genocide for the event, as he wrote the American diplomat Henry Morgenthaou «that the Turkish authorities gave orders to implement the measure of displacement and did nothing more than to recite the death sentence of an entire people. "

The genocide of 1,500,000 Armenians and 1.000.000 Greeks in the early 20th century, a genocide, which was not punished as a precursor for other mass crimes, before Hitler started the Holocaust had said "Who remembers the Armenians" - was at the end of the Second World War II the dominant issue of the Armenian policy. It is remarkable activity of the Armenian diaspora, which has managed to highlight the issue since the period was first discussed punishing those responsible for the Holocaust. A position held by all consistently, wherever they are and fight for the recognition of the Genocide.

'Writes a member of the Swedish parliament Gulan Avci, which went against his party and voted for the Armenian Genocide, "every time another country recognizes the genocide, the truth is approaching a little closer to Turkey. It is no longer possible to escape or remain silent about the past. It's time for Turkey to recognize the genocide .... The last stage of genocide is denial, and unfortunately today Turkey is at this very stage. It's time to come to Turkey with the Kemalist heritage ... The recognition of genocide is not a blow to Turkey. By contrast, non-recognition is a blow for justice. And I'm pretty confident that justice can only be good to do.Justice must be applied in Turkey .... While Turkey is trying to cover up the issue there will never be reconciliation. If the memory of the victims restore people will not be able to heal their wounds and continue. It is important, all the forces that believe in human values, continue to struggle and exert pressure on Turkey to start telling the truth and admit the Genocide "
The spring of the peoples of the murdered people of the Ottoman state and the Kemalist regime comes.The silence, lying and forgetfulness are the past and the struggles of peoples for freedom and truth vindicated. No regime responsible for crimes of such magnitude against humanity should not get away from history and justice. The truth is with us and we will win, propaganda, falsehood, lobbyists and money.

Theofanis Malkidis is a member of the International Association of Genocide Scholars .

The Peak Public Affairs Committee of the Armenian-Australian Community


YEREVAN: The Armenian National Committee of Australia (ANC Australia) reports that the parliament of the Republic of Armenia called upon parliaments and legislative bodies throughout the world to recognise and condemn the genocide of the Armenians, Hellenes and Assyrians perpetrated by Ottoman Turkey from 1915 to 1923. In a Parliamentary Declaration on the occasion of the 96th anniversary commemoration of the Armenian Genocide, the Republic of Armenia National Assembly Speaker, Hovik Abrahamyan stated that recognition of the genocides perpetrated against the Armenians, Hellenes and Assyrians would lead to the restoration of justice and the of prevention other genocides in the future.He said: “For the resolution of this injustice, the prevention of further genocides and the establishment of good neighbourly relations between Armenia and Turkey, the National Assembly of the Republic of Armenia calls on the parliaments of the world to recognise and condemn the genocides perpetrated against the Armenian, Hellenic and Assyrian peoples in Turkey at the beginning of the last century.”Directing his message to Turkey, Abrahamyan then declared: “The National Assembly of the Republic of Armenia calls upon the legislative and executive authorities of Turkey to remove all the legal, political and other obstacles, that prevent Turkish society from freely studying and discussing the past, especially the facts of the genocide for which Ottoman Turkey is responsible.”ANC Australia Executive Director Varant Meguerditchian welcomed the Parliamentary Declaration.“The National Assembly of the Republic of Armenia’s policy regarding Turkish responsibility for and denial of the Armenian, Hellenic and Assyrian Genocides is clear and unequivocal,” he said. “ANC Australia takes this opportunity to reaffirm its commitment to work with the Australian Hellenic Council and the Assyrian Universal Alliance Australia to advocate for the recognition of the Armenian, Hellenic and Assyrian Genocides by the Federal government of Australia.”
------------------------
During the last days of the Ottoman Empire the Government implemented a policy of Genocide upon its Christian Armenian, Hellenic and Assyrian population. As a result, up to 1.5million Armenian, 1 million Hellene and 750,000 Assyrian men, women and children lost their lives between 1915 and 1923.On July 9, 2010 ANC Australia the Australian Hellenic Council (AHC) and the Assyrian Universal Alliance (AUA) released a joint statement outlining their agreement to focus on genocide recognition:Whereby, Australia is signatory to the UN Genocide Convention on the Prevention and Punishment of the Crime of Genocide and has demonstrated leadership on international human rights issues; whereby, the people of Australia provided food, clothing and shelter to victims and survivors of the Armenian Genocide, the Hellenic Genocide and the Assyrian Genocide as part of an international humanitarian relief effort known as the Near East Relief; and whereby, throughout World War One, Australian servicemen witnessed the systematic annihilation of the Armenian, Hellenic and Assyrian peoples in the Ottoman Empire from 1915 - 1923; ANC Australia, the AHC and the AUA commit to their moral responsibility to seek recognition of the Armenian Genocide, Hellenic Genocide and Assyrian Genocide by the Federal Government of Australia as a measure aimed at preventing similar crimes against humanity from ever occurring again.
Αναρτήθηκε από MALKIDIS στις 5:29 μ.μ. 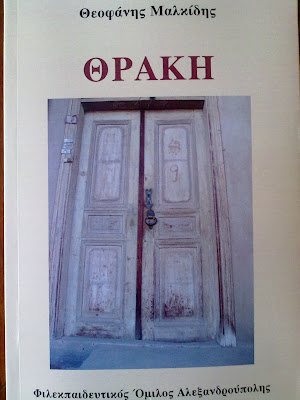 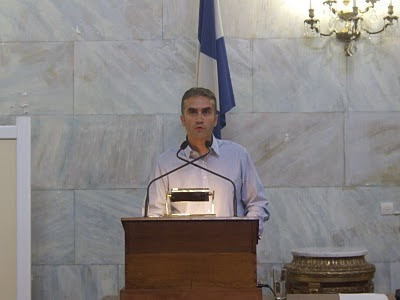 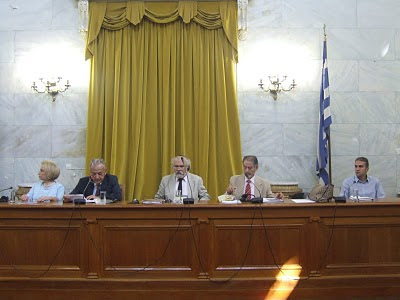